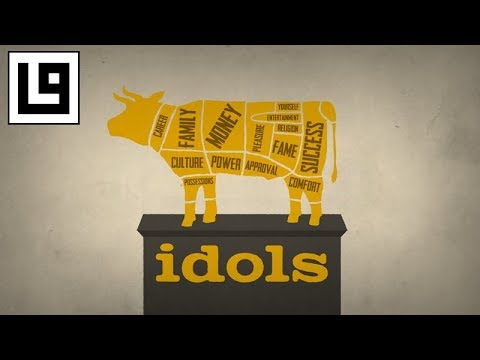 Here I look at how religions are – or become – idols and take the place of God.

Ibrāhīm was neither one who holds to Judaism nor a Nazarene
But was inclined to truth
As one submitted
And he was not of the idolaters.
The people closest to Ibrāhīm are those who follow him
As do this prophet and those who heed warning.
And God is the ally of the believers.
(3:67-68)

When his lord said to him: Submit thou He said: I submit to the Lord of All Mankind.
The same did Ibrāhim enjoin upon his sons
As did Yaʿqūb:
O my sons: God has chosen the doctrine for you
So die not save you be submitted.
(2:131-132)

What Is Islam: The Importance of Being Islamic
Shahab Ahmed

Heaven on Earth: A Journey Through Shari’a Law from the Deserts of Ancient Arabica to the Streets of the Modern Muslim World
Sadakat Kadri

• Cults thrive on control of information, control of people.
• Internet age is kryptonite to all cults
o destroying the JWs
o heavily impacting Christianity
♣ Bart Erhman
♣ Jeffery Dougherty (the Christian whistleblower – ex-Pentecostal preacher)
o Mormons
o Scientology
o the Matrix (also a cult)
• Cults all have:
o set orthodoxy
o excommunication
o control of information
o objects of worship (Beyonce / Charles Darwin)
o but they also get to change their dogma as and when it suits them
• “Islam” is also being critiqued
• First, what is it?
• Turns out “Islam” can mean whatever you want it to mean if you are an intellectual, and only what you want it to mean if you are not. This is why a natural bedfellow with Democracy.
• Christianity can also mean anything, from Jesuit inquisitions to Quakerism.
• In short, religions are brands.
• Bible-believing Christians all believe vastly different things.
• The traditionalist has his brand. He calls it “Islam”. I call it “brand Islam”.