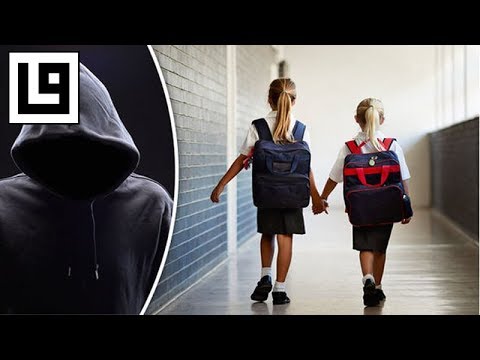 Forced adoptions are now common in the West. And the UK seems to have a particular focus on the children of Russian parents. In this talk I summarise my own insights on this subject as the husband of a Russian woman having experienced both the UK and Russian systems.

From: http://www.opnlttr.com/letter/forced-adoption-uk-all-time-high-state-stealing-children
Dear Theresa May and the Conservative Government of the United Kingdom,

This open letter – somewhat in the form of an essay – is designed to bring to the public’s attention a very serious issue which affects so many families, many of which are never able to speak for fear of repercussions, such as imprisonment – simply for speaking the truth. The issue, is that of the conduct of Social (Children’s) Services and the practices of the Family Courts and more specifically, forced adoption and the profiteering experienced by Local Authorities and Fostering / Adoption Agencies. This letter is timely, due to the ever so near General Election of 2017 – it is about time that the UK fully understood what is happening on a daily basis in this country: our children are being stolen, abused and sold on, like property or any other marketable commodity and it must stop, now.
Please note that evidence is referenced via footnotes at the bottom of this document.

Forced Adoption [1] in the UK appears to be big business, with thousands of children removed from families each year; many of them becoming subject to foster care or adoption. When children are adopted, the parents often do not know where they are going, to what kind of family, where in the country (that’s if they stay in the UK) and are unlikely to be fortunate enough to find them again at age 18. There are many questions to be asked here: should Forced Adoption still be legal in the UK? – is this part of the reason that Britain wants to leave the EU (so that it can continue its child trafficking without scrutiny)? – are children being sold off to the highest bidder? – are children being placed into paedophile rings or sold off for sex slavery? We find it interesting that Theresa May, as Home Secretary, lost investigation papers regarding a paedophile ring [2] and we cannot help but wonder if the UK trade is similar to that of Hollywood in the US [3] – perhaps that’s why May and Trump are jumping into bed together.

The UK is the only country in Europe where Forced Adoption is still legal [4] and on too many occasions, children are removed without enough evidence, via scare tactics (the use of a ‘voluntary’ arrangement known as a ‘section 20’) and by force, involving the Police. Children are terrified, parents are left devastated and many, are taken at birth. Can you imagine giving birth and before being able to breast feed or change the first nappy, that baby is taken away and placed with strangers? Women have described to us the feeling of leaving hospital “with an empty body and empty arms”. They have to make their own way home, are provided no support whatsoever and are expected to attend meetings or even Court within a matter of days; sometimes hours. Some women are unable to cope and end up taking their own lives and then this is used as evidence to back up Social Service’s position regarding having taken the child to begin with. They will state that the mother was unable to cope, or had mental health issues. Arguably, they are the lucky ones. What is left for those who stay? They attempt to fight the arbitrary system, struggling to obtain Legal Aid and simply hoping and praying that they find a legal team not part of the corrupt, evil system which seeks to destroy families. The Family Court system is biased and operates in secret, with parents too terrified to speak out against the injustice, much like Charities in the UK [5] which have been gagged by Tory legislation.