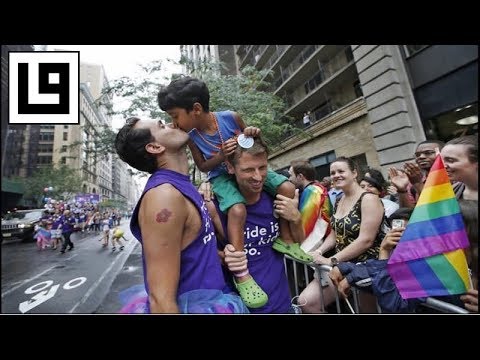 Here I read Chapter Seven of my book The God Protocol.

In the present discussion, I am interested primarily in the Qur’anic treatment of the people of Lut with an eye to its place within the series of expositions which form that thesis which comprises what I call the God protocol.

The story of the people of Lut describes an environment which has hemorrhaged morality greatly beyond what I summarised above and describes an society in which homosexuality has become an overt, rampant and importunate form of oppression within the society.

The arguments I will present below are predicated upon the following:

To expand upon the point above: since any intelligent elite which imposes open homosexualisation upon the herd under its dominion knows that open homosexuality destroys society as surely as lemon curdles milk, the only rational conclusion to draw from the imposition of aggressive, blatant homosexualisation upon all societies today is that it is a function of the ruling elite’s broader game plan of creating the chaos needed to break all cultures and societies down and destroy them in order then to create a world society which conforms to its vision; that is, the aggressive homosexualisation of society is tool for engineering fundamental social and political change.

That broader plan to which I allude is beyond the purview of this book, but is assumed to be familiar to many readers.

And Lūṭ:
When he said to his people:
Do you commit sexual immorality that none among all mankind has outdone you:
You approaching men with lust rather than women?
The truth is: you are a people committing excess.
And the response of his people was only that they said:
Turn them out of your city.
They are a people who keep themselves pure.
And we delivered him and his household
Save his wife.
She was of those who stay behind.
And we rained upon them a rain.
And see thou how was the final outcome of the evildoers. (7:80-84)

And Lūṭ we gave judgment and knowledge
And we delivered him from the city that was doing bad deeds.
They were an evil people, wantonly perfidious.
And we made him enter into our mercy.
He was of the righteous. (21:74-75)

And Lūṭ was among the emissaries
When we delivered him and his household all together
Save an old woman among those who stayed behind.
Then destroyed we the others.
And you pass by them in the morning
And at night.
Will you then not use reason! (37:133-138)