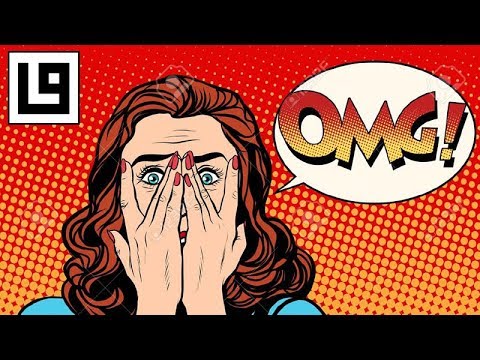 In the competing markets of ideas it can be easy to be blown about by every wind of doctrine unless you have a firm grounding in what you know and why. There is nothing wrong with investigating challenges to the Qur’an, but you do need to be thorough and not allow yourself to be manipulated by emotional “arguments” and deceitful tactics.

The article I mention in the video can be found here: https://carm.org/abraham-fiery-furnace-quran-and-jewish-mythology

And those before them rejected.
And they attained not to one tenth of what we gave them
But they rejected my messengers.
And how was my rejection?
Say thou: I but exhort you to one thing:
That you arise for God in twos and alone
Then reflect.
There is in your companion no madness
He is only a warner to you at the time of severe punishment.
(34:45-46)

Will they then not consider the Qur’an with care!
If there be locks upon their hearts:
Those who turn their backs after the guidance has become clear to them
The shayṭān has enticed them
And reprieved them
Because they said to those who are averse to what God sent down: We will obey you in part of the matter.
But God knows their secrets.
(47:24-26)

Say thou: Then bring a decree from the presence of God that gives clearer guidance than these:
I will follow it if you be truthful.
And if they respond not to thee, know thou they but follow their vain desires.
And who is further astray than he who follows his vain desire without guidance from God?
God guides not the wrongdoing people.
(29:49-50)

The most detailed pre-Islamic version of this appears in Midrash Rabbah Genesis:
“R. Hiyya said: Terah was a manufacturer of idols. He once went away somewhere and left Abraham to sell them in his place. A man came and wished to buy one. ‘How old are you?’ Abraham asked him. ‘Fifty years,’ was the reply. ‘Woe to such a man!’ he exclaimed, ‘you are fifty years old and would worship a day-old object?’ At this, he became ashamed and departed. On another occasion, a woman came with a plateful of flour and requested him, ‘Take this and offer it to them.’ So he took a stick, broke them, and put the stick in the hand of the largest. When his father returned he demanded, ‘What have you done to them?’ ‘I cannot conceal it from you,’ he rejoined. “a woman came with a plateful of fine meal and requested me to offer it to them. One claimed, “I must eat first.” Thereupon the largest arose, took the stick, and broke them.’ ‘Why do you make sport of me,’ he cried out; ‘have they any knowledge?’ ‘Should not your ears listen to what your mouth is saying?’ he retorted. Thereupon he seized him and delivered him to Nimrod. ‘Let us worship the fire!’ he [Nimrod] proposed. ‘Let us rather worship the water, which extinguishes the fire,’ replied he. “let us worship the water!’ ‘Let us rather worship the clouds which bear the water.’ ‘Let us worship the clouds!’ ‘Let us rather worship the winds which disperse the clouds.’ ‘Then let us worship the wind!’ ‘Let us rather worship human beings, who withstand the wind.’ ‘You are just bandying with words,’ he exclaimed; ‘we will worship nought but the fire. Behold, I will cast you into it, and let your God whom you adore come and save you from it.’ Now Haran was standing there undecided. If Abram is victorious, I will say that I am of Abram’s belief, while if Nimrod is victorious I will say I am on Nimrod’s side. When Abram descended into the fiery furnace and was saved, he [Nimrod] asked him, ‘of whose belief are you?’ ‘Of Abram’s’ he replied. Thereupon he seized and cast him into the fire; his inwards were scorched and he died in his father’s presence. Hence it is written, ‘and Haran died in the presence of his father Terah'” (Midrash Rabbah 38:13).2