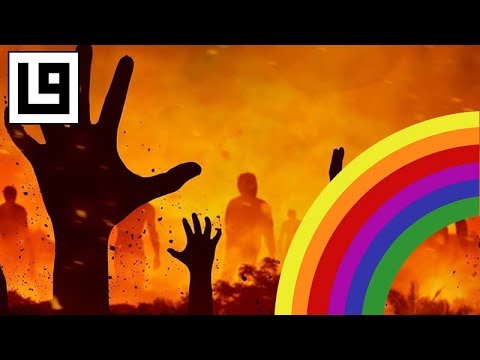 Pride is the byword of the elite’s homosexualising agenda. In this talk I consider where unrepentant pride lands you according to the Qur’an.

And we gave Mūsā the law and sent the messengers after him.
And we gave ʿĪsā, son of Maryam clear signs
And strengthened him with the Spirit of Holiness.
Is it not that whenever there came to you a messenger with what your souls desired not you were proud
And some you rejected and some you killed? (2:87)

Then as for those who heed warning and do deeds of righteousness:
He will give them their rewards in full and increase them out of his bounty.
And as for those who disdain and are proud:
He will punish them with a painful punishment
And they will not find for them besides God ally or helper. (4:173)

O children of Ādam: if there come to you messengers from among you narrating to you my proofs
Then whoso is in prudent fear and does right:
They need not fear
Nor will they regret.
But they who repudiate our proofs and are proud towards them
Those are the companions of the fire
Wherein they abide eternally. (7:35-36)

And the companions of the elevations will call to men
Recognising them by their mark.
They will say: Did it not suffice you, your accumulating
And that you were proud? (7:48)