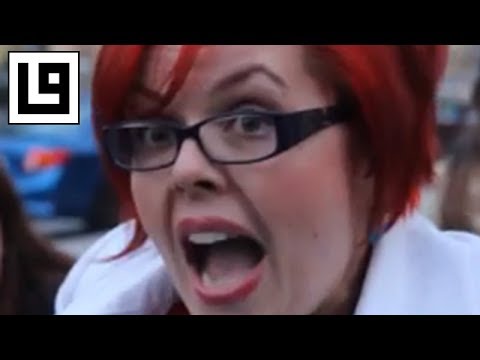 There is no legal defence against feelings. But that is where Tyranny 2.0 is going: (for now) men – and later everyone else – has to get used to the idea that if someone expresses a particular “feeling” about them, their life will be over: reputation, finances, earning ability – all gone.

Interview with Aaron Russo about Nick Rockefeller and Feminism: https://www.youtube.com/watch?v=zCpjmvaIgNA

Education
¥ People look at events up close. I look at the trajectories. In that light, this is a military take-down.
¥ Logic was part of the Trivium and a central part of any education along with grammar and rhetoric
¥ Rhetoric in the UK is currently only taught at one school: Eton; they don’t want you knowing how to think and to argue
¥ We have the New Math which is common sense made convoluted. Maths, along with geometry, was one of the branches of learning in Greek thought where things could be truly known. Without that, you don’t know anything
¥ Consensus-based schooling: facts and reason don’t matter; feelings and social acceptance are what matter

The worst of beasts in the sight of God are the deaf
The dumb
Those who do not reason. (8:22)

Of course they push godlessness and immorality.

And it is for a soul to believe only by God’s leave.
And he has appointed abomination for those who do not reason. (10:100)

Distractions / Entertainment
¥ Cartoons (leaving aside moral content) are cut to prevent concentration
¥ Games / films: escapism
¥ Can’t distinguish between reality and fiction (hence: fake news)
◦ If you see it on TV, it’s true
◦ Goes for a lot of “science” as well
¥ Look at how people are on social media: feelings
¥ Short attention spans, immediate gratification and no self-control or sacrifice in increasing proportions of the population
¥ Sense of entitlement
◦ Competition being taken out
◦ Boys have to work with girls
¥ Froth
¥ Proof: read Charles Dickens
¥ Proof: look up an exam questionnaire for 12 year-olds at turn of 20th century
¥ What they want is a blind and stupid mob which they can direct wherever they want; and they’ve pretty much got it
¥ I recommend Gustave Le Bon’s The Crowd (find online pdf)

And if thou obey most of those on the earth they will lead thee far from the path of God.
They follow only assumption.
And they tell only lies. (6:116)

Weinstein et al
¥ Hollywood is a pantheon; it is where the gods reside
¥ Very Greek in its aspect (bad gods)
¥ Whole pantheon of gods are now being hauled out and called out as evil
¥ No proof – and no-one even asks for it
¥ No due process
¥ The Qur’an: BRING YOUR EVIDENCE (four times in the Quran)
¥ While you may like what’s happening to these men, this is not about them. It is about you

Nowhere is there any indication that a conviction based on evidence is required before a man’s life is destroyed.
Nope. If you can feel it, that means due process can be dispensed with. Which is all fine until that logic is turned around on you – WHICH IT WILL BE.

What did you think this this media pageant was really all about?

If you haven’t worked it out yet, I’ll tell you: they are putting the infrastructure in place for the creation of a new tyranny based on what people “feel”.

Look around you. How safe do you feel now?