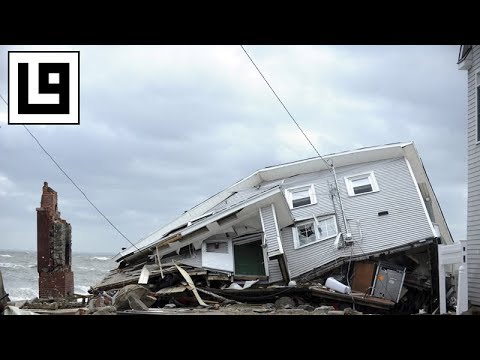 Thoughts on a common modern idol – the house.

Save the house of Lūṭ.
Them will we deliver all together
Save his wife whom we have decreed that she be of those who stay behind. (15:59-60)

And we delivered him and his household save his wife.
We decreed her to be of those who stay behind. (27:57)

And present thou to them an example:
Two men.
We made for one of them two gardens of grapes
And surrounded both with date-palms
And placed between them a crop.
Both gardens produced their fruit and were wronged nothing thereof.
And we caused to flow in the midst of them a river.
And one had fruit
And said to his companion when he talked with him:
I am greater than thee in wealth
And am mightier in men.
And he entered his garden while he was wronging his soul
Saying: I think not that this will ever perish
And I think not that the Hour will take place
And if I am brought back to my lord I will find better than this as a place of return.
His companion said while conversing with him:
Deniest thou him who created thee from dust
Then from a drop of fluid Then fashioned thee a man? But as for me: he is God, my lord
And I ascribe not a partnership with my lord to anyone.
And oh that when thou wast entering thy garden thou hadst but said: That which God has willed
There is no strength save in God!
If thou see me less than thee in wealth and children:
It may be that my lord will give me better than thy garden
And will send upon thine a calamity from the sky
So that it becomes miry ground
Or its water becomes sunken
So that thou canst not find it.
And encompassed were his fruits.
And he began to wring his hands for all that he had spent therein
But it was desolate.
And he said: Would that I had not ascribed a partnership with my lord to anyone!
And he had no band to help him besides God
And he could not help himself.
Thereupon protection belongs to God, the Truth!
He is best in reward and best in final outcome.
(18:32-44)

But the shayṭān caused them to fall therefrom
So he expelled them from what they were in.
And we said: Get you down
An enemy to one another.
And for you on the earth are place and goods for a time.
(2:36)

Qārūn was of the people of Mūsā but he oppressed them.
And we had given him such treasures that the keys thereof would have weighed down a group endowed with power.
When his people said to him: Exult thou not God loves not the exultantBut seek thou in what God has given thee the abode of the hereafter
And forget thou not thy portion in this world
And do thou good like as God has done good to thee
And seek thou not corruption in the earth
God loves not the workers of corruption
He said: I have but been given it according to knowledge I have
(Knew he not that God had destroyed before him generations stronger than him in power
And greater in accumulation?)
And the evildoers will not be asked about their transgressions!
So went he forth before his people in his finery.
Those who sought the life of this world said: Would that we had the like of what has been given to Qārūn!
He is one of tremendous fortune!
But those who had been given knowledge said:
Woe to you! The reward of God for him who believes and works righteousness is better.
And none is granted it save the patient.
Then we caused the earth to swallow him and his abode
And there was not for him any band to help him besides God
And he was not of those who save themselves.
And morning found those who had coveted his place but the day before saying:
Oh how God expands and straitens the provision for whom he wills of his servants!
Had God not been gracious to us he would have caused it to swallow us.
And oh how those who spurn guidance while claiming virtue are not successful! (28:76-82)