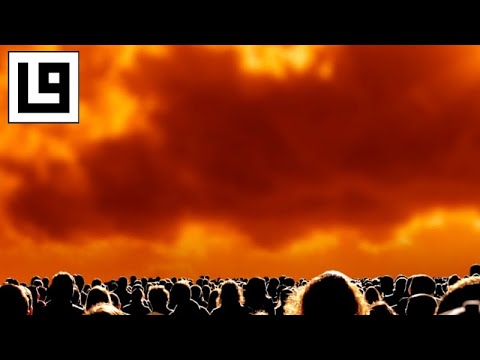 In this talk, I summarise the contents of surah 69 with regard to the Qur’an’s internal claims, and contrast those with those of the religion which is based upon later writings. We also see how Muḥammad was following upon the example of the former warners, and how the destruction of the former peoples presaged the greater destruction which we are promised in the Qur’an at the end of the Age.

1 The Inevitable Reality.
2 What is the Inevitable Reality?
3 And what will convey to thee what the Inevitable Reality is?
4 Thamūd and ʿĀd denied the Calamity.
5 Then as for Thamūd: they were destroyed by the overpowering blast.
6 And as for ʿĀd: they were destroyed by a howling, raging wind
7 Which He compelled against them seven nights and eight days without let; and thou mightest see the people therein lying prostrate like stumps of hollow date-palms.
8 Then seest thou of them any remnant?
9 And there came Pharaoh, and those before him, and the cities thrown down through offence,
10 And they opposed the messenger of their Lord, but He seized them with a surpassing grip.
11 When the water had burst all bounds, We bore you in the ship
12 That We might make it a reminder for you, and that a conscious ear might be conscious of it.
13 Then when the Trumpet is blown with a single blast,
14 And the earth and the mountains are lifted up and levelled with a single blow,
15 Then, that day, the Event will befall,
16 And the sky be split asunder for it, that day, is frail,
17 And the angels on its sides; and there will bear the Throne of thy Lord above them, that day, eight.
18 That day, you will be presented; no secret among you will be concealed.
19 And as for him who is given his writ in his right hand, he will say: “Here, read my writ!
20 “I knew that I should meet my reckoning.”
21 Then is he in a pleasing life,
22 In a high garden
23 The fruits whereof are near.
24 “Eat and drink with satisfaction for what you sent ahead in days past.”
25 And as for him who is given his writ in his left hand, he will say: “Would that I had not been given my writ
26 “And had not known what is my reckoning!
27 “Would that it had been the end!
28 “My wealth has not availed me.
29 “Gone from me is my authority.”
30 “Take him, and fetter him;
31 “Then burn him in Hell
32 “Then into a chain the length whereof is seventy cubits insert him!”
33 He believed not in God, the Great,
34 And encouraged not the feeding of the needy
35 So there is for him here, this day, no loyal friend,
36 Nor food save of foul pus,
37 That none eat save the offenders.
38 Then do I swear by what you see
39 And what you see not:
40 It is the word of a noble messenger
41 And it is not the word of a poet — little do you believe —
42 Nor the word of a soothsayer — little do you take heed —
43 A revelation from the Lord of All Creation!
44 (And had he ascribed to Us any sayings,
45 We would have seized him by the right hand.
46 Then would We have cut from him the aorta,
47 And not one of you could have protected him.)
48 And it is a reminder to those of prudent fear;
49 (And We know that among you are deniers)
50 And it will be a sorrow to the false claimers of guidance;
51 And it is the truth of certainty.
52 So give thou glory with the name of thy Lord, the Great!