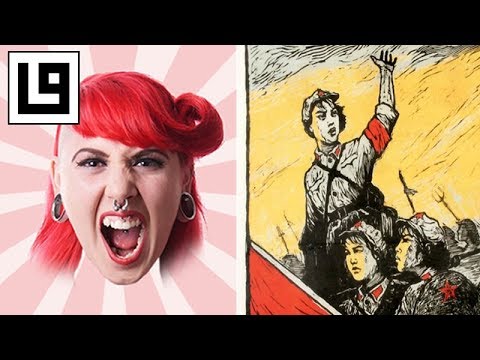 The rulers are using leftism and feminism to bring in a new and more perfect tyranny which will then fuse seamlessly with the new tyranny in China.

“We found that people who hold radical political beliefs have worse metacognition than those with more moderate views,” said lead author and neuroscientist Dr Steve Fleming.
“They often have a misplaced certainty when they’re actually wrong about something, and are resistant to changing their beliefs in the face of evidence that proves them wrong.”

In the UK the police have been on “sensitivity” training. This is basically created mind control which prevents them from following their own good sense and operating on the basis of what they know by experience to be true.

The core of this type of mind control is the use of well sounding slogans and assumed conclusions – conclusions based in allegiance to a preexisting set of conclusions – in order to school the target away from his own perceptions and good sense. It creates consensus by means of social pressure.

These same techniques are being used currently to bring in enforced homosexualisation, and using variously very ill and troubled people (so-called transexuals) to enforce a new level of unreality upon the general population.

This is how cults work. Once they get you disregarding your own good sense, they’ve you. “Those who can make you believe absurdities, can make you commit atrocities.” Voltaire.

And we have seen this before. If we look at Nazi Germany, it is the very people who are so quick to call others “Nazis” who would have been the most enthusiastic supporters of that regime.

And, far worse than Germany, we have Soviet Russia – a system created and enforced by many of the same ethnic interests which are behind the Marxism 2.0 which is the essence of this leftist agenda. But this time they are using Cass Sunstein and Nudges rather than bullets. For now.

China has brought in a system of social credits. Bad rating: no international travel and other loss of “privileges”.

You can redeem yourself by giving charity (to the State).

Good deeds are rewarded by an increased social score (but those deeds have to be seen).

This is the carrot-like stick. There exists the real stick. Whole communities of Uighar Muslims have been taken into reeducation camps and are being fully indoctrinated into love for the state.

West does nothing. The West made China. China did not make itself. I grew up in the 70s. All real production was being sent – with financial inducements paid for by the Western tax payer – to China. The ruling elite made China. It wants China as the model: obedient, hardworking people whose only desire is to save face and please the State.

This is why there is no outcry.

They are creating the perfect tyranny. In the West they are using racial homogenisation, dumbing down of the masses, destruction of culture and morality, and the imposition of sexual degeneration. The point of this is to get us to the point where what is going on in China will look good to us.

I know where this goes. I live in Russia. The state here killed tens of millions in the last century – and countless others in other countries. We don’t have to imagine.

This is why I do what I do. I can see where this is going. For me, the God Protocol is the only way out.