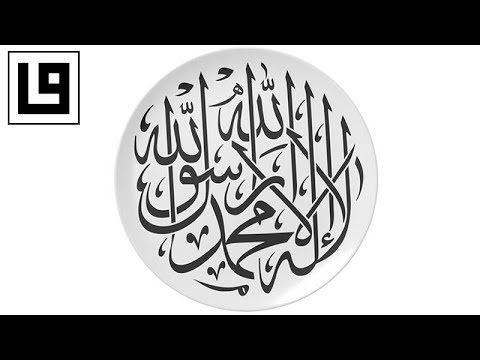 Confession of the “Shahada” is the first so-called pillar of the cultural brand known as Islam. Naturally, we would expect to find the call to make this statement clearly expressed in the Qur’an.

But we do not.

Rather, we find that it contradicts the Qur’an in multiple ways.

And the messenger will say:
O my lord: my people took this Qur’an as a thing abandoned. (25:30)

When his lord said to him: Submit thou
He said: I submit to the Lord of All Mankind.
The same did Ibrāhim enjoin upon his sons
As did Yaʿqūb:
O my sons: God has chosen the doctrine for you
So die not save you be submitted. (2:131-132)

Say thou: We believe in God and what is sent down upon us
And what was sent down upon Ibrāhīm and Ismāʿīl and Isḥāq, and Yaʿqūb and the grandsons
And what was given to Mūsā and ʿĪsā and the prophets from their lord.
We make no division between any of them.
And to him we are submitted.
And whoso seeks a doctrine other than submission:
It will not be accepted from him
And he in the hereafter will be among the losers. (3:84-85)

How will God guide a people who denied after their faith and had borne witness that the messenger is true
And clear evidence had come to them?
And God guides not the wrongdoing people. (3:86)

If they take intercessors besides God:
Say thou: Even though they have not power over anything
Nor do they reason?
Say thou: Unto God belongs intercession altogether.
His is the dominion of the heavens and the earth.
Then to him will you be returned.
And when God alone is remembered the hearts of those who believe not in the hereafter recoil.
And when those besides him are remembered then they rejoice. (39:43-45)