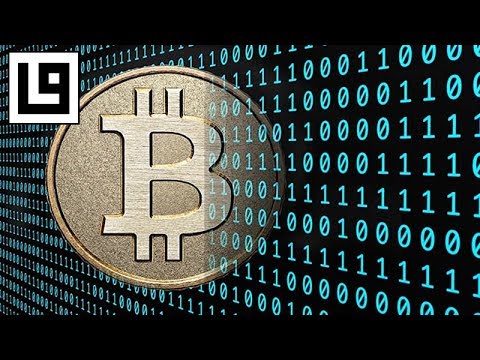 My take on the future of Bitcoin (or, rather, blockchain technologies) in the creation of a full-spectrum tyranny.

My view is that this technology is going to pervade everything. Blockchain is going to be the new paper.

GRANULARITY
So although Bitcoin just transfers financial transactions right now, when I talk about the levels of granularity above (breath, thoughts) just remember what we have already been through.

And remember, transactions do not have to be financial. Speech is a form of transaction. Something is passing from one entity to another. A chemical reaction is a transaction: one set of atomic characteristics changing from one state to another.

Downstream: combine this with nano technologies and you get into a realm where transactions can not only be recorded by a blockchain protocol (i.e. descriptive: what has happened) but allowed or not allowed by it (i.e. prescriptive: what may happen).

If that becomes the case – and much of the underlying technologies are either in place or nascent – then:

* entire human and other domains / sections may be activated, deactivated, stimulated or suppressed:
* procreation
* access to the frontal lobe
* memory
* energy levels
* aggression
* mood
* hormones
* use of particular words or concepts by the mind

TYRANNY
Like all tyrannies, it must have a foundational mythos. In the case of cryptocurrencies, there is Satoshi Nakamoto. The story is just geeky and freaky enough to have people believing it. There is a Morpheus-like savant out there who created this technology which is going to set the world free, and now all the Java programmers who got beaten up at school but want to do something significant with their lives can now play at being Mel Gibson in Braveheart.

Come on. Wake up.

WHY THE ELITE LOVE BLOCKCHAIN
This is genius. This is not topdown tyranny (at least, not obviously so) it is crowdsourced tyranny.

The Satanic system wants to usurp God and to simulate God:

God:
There is no god save he
The Living, the Eternal.
Neither slumber nor sleep overtake him.
Unto him belongs what is in the heavens and what is in the earth.
Who can intercede with him save by his leave?
He knows what is at their time and what following them.
And they encompass nothing of his knowledge save what he wills.
His throne overspreads the heavens and the earth
And the sustaining thereof wearies him not.
And he is the Exalted, the Tremendous. (2:255)

So what is this simulating? It is simulating God’s optical fibre 10 gazillion megabit per nano second quark level block chain of all transactions.

CONCLUSIONS
What is happening is the creation of a fully decentralised open source peer-to-peer point-of-sale tyranny where your only problem will be not how to escape from the prison but how to ensure you remain an inmate.

This is not anarcho-capitalists overthrowing the banks. This is tyranny as crowdsourcing and crowdfunding. This is Internet IP-address tracking on steroids. Facebook plus NSA squared and then cubed.

It is Skynet meets the IRS.

It is a tyranny in which rebellion will be not only impossible; it will be unthinkable. The foundations of that tyranny are built. What we are witnessing now is the development of the edifice.