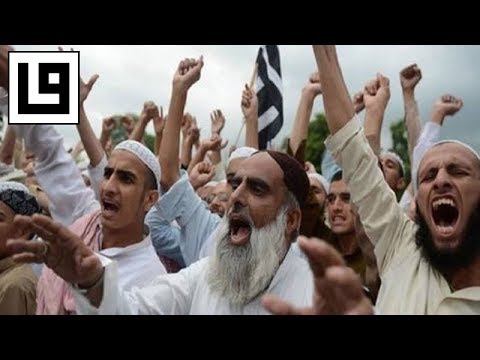 Much of Traditionalist Islam’s presentation is against “the infidels” (Arabic: al kafirun). But an objective look in the Qur’an at how it uses the term precludes the Traditionalist’s value for it.

In this talk I expose how al kafirun does not – and cannot – mean in the Qur’an what the Traditionalist wants it to me: i.e. someone who does not accept his religion.

And they ask thee to hasten the punishment
When were it not a named term the punishment would have come to them.
And it will come upon them unexpectedly when they perceive not.
They ask thee to hasten the punishment
But Hell will encompass those who spurn guidance while claiming virtue
The day the punishment covers them from above them and from beneath their feet.
And he will say: Taste what you did!
O my servants who heed warning: my earth is spacious
So me:
Serve me.
Every soul will taste death.
Then to us will you be returned.
And those who heed warning and do deeds of righteousness
We will settle them in the high places of the garden beneath which rivers flow
They abiding eternally therein.
Excellent is the reward of those who act
Those who are patient
And in their lord place their trust.
And how many a creature there is that bears not its provision!
God provides for it and for you.
And he is the Hearing, the Knowing.
And if thou ask them: Who created the heavens and the earth and made serviceable the sun and the moon?
They will say: God.
So how are they deluded?
God expands provision for whom he wills of his servants
And he straitens for him.
God knows all things.
And if thou ask them: Who causes water to come down from the sky and therewith gives life to the earth after its death?
They will say: God.
Say thou: Praise belongs to God.
The truth is: most of them do not reason.
And the life of this world is only play and games
And the abode of the hereafter
That is Life
Did they but know.
Then when they embark on a ship they call to God sincere to him in doctrine.
And when he delivers them to the land
Then they ascribe a partnership
That they might deny what we gave them
And that they might take their enjoyment.
But they will come to know.
Have they not considered that we made a sanctuary secure while men were swept away round about them?
Do they then believe in vanity and deny the grace of God?
And who is more unjust than he who invents a lie about God
Or repudiates the truth when it comes to him?
Is then there not in Hell a home for those who spurn guidance while claiming virtue?
And those who strive for us:
We guide them to our paths.
And God is with the doers of good. (29:53-69)